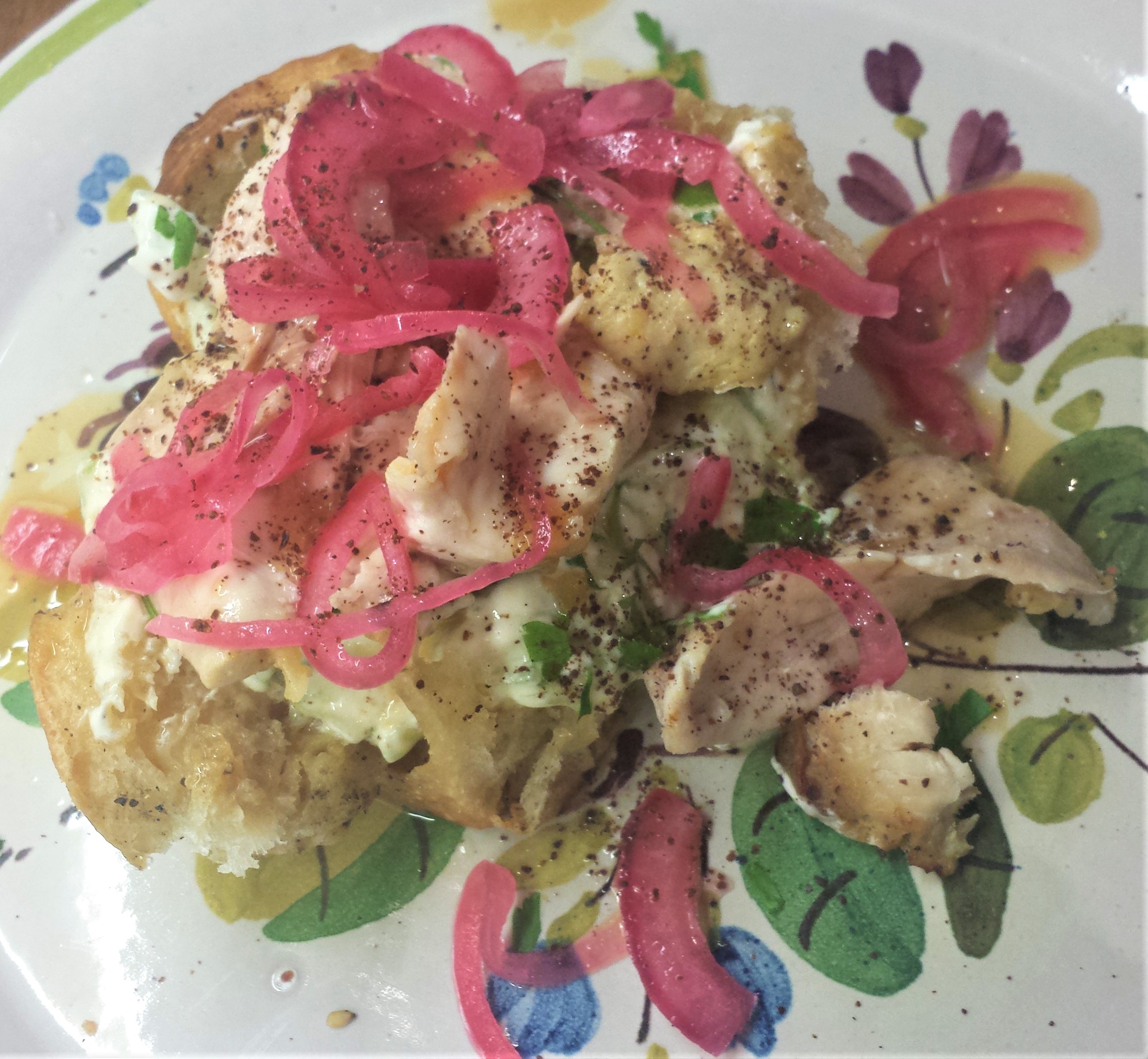 On a whim I bought a tagine at an Emile Henry outlet store in France last year and after trying a lot of different recipes this Lemony Chicken Tagine is now my go-to dish!  A tagine is an earthenware dish with a domed lid like a chimney except there is no outlet.  Instead it recirculates all the flavor back into the food so you don’t lose anything to evaporation.  You can accomplish the same thing in a ceramic cast iron dutch oven but the tagine looks so cool and you can even bring it to the table to serve.

Whether you use a tagine or dutch oven you will love this Lemony Chicken Tagine dish!  It is seasoned with ginger, cinnamon sticks, saffron and the North African spice Ras-al-Hanout as well as preserved lemons.  I would recommend putting the cinnamon sticks in a muslin bag because they tend to fall apart in the cooking and a mouthful of cinnamon stick is not very pleasant.  You could eliminate them and increase the amount of ground cinnamon to 3 teaspoons.

I also like serving this on the kubaneh bread or pita bread with a yoghurt sauce and pickled red onions rather than the traditional tabbouleh but suit yourself!

This exotic one-pot dish is a perfect mix of sweet and spicy. Serve it with tabbouleh or flat breads and a cool yogurt mint sauce.