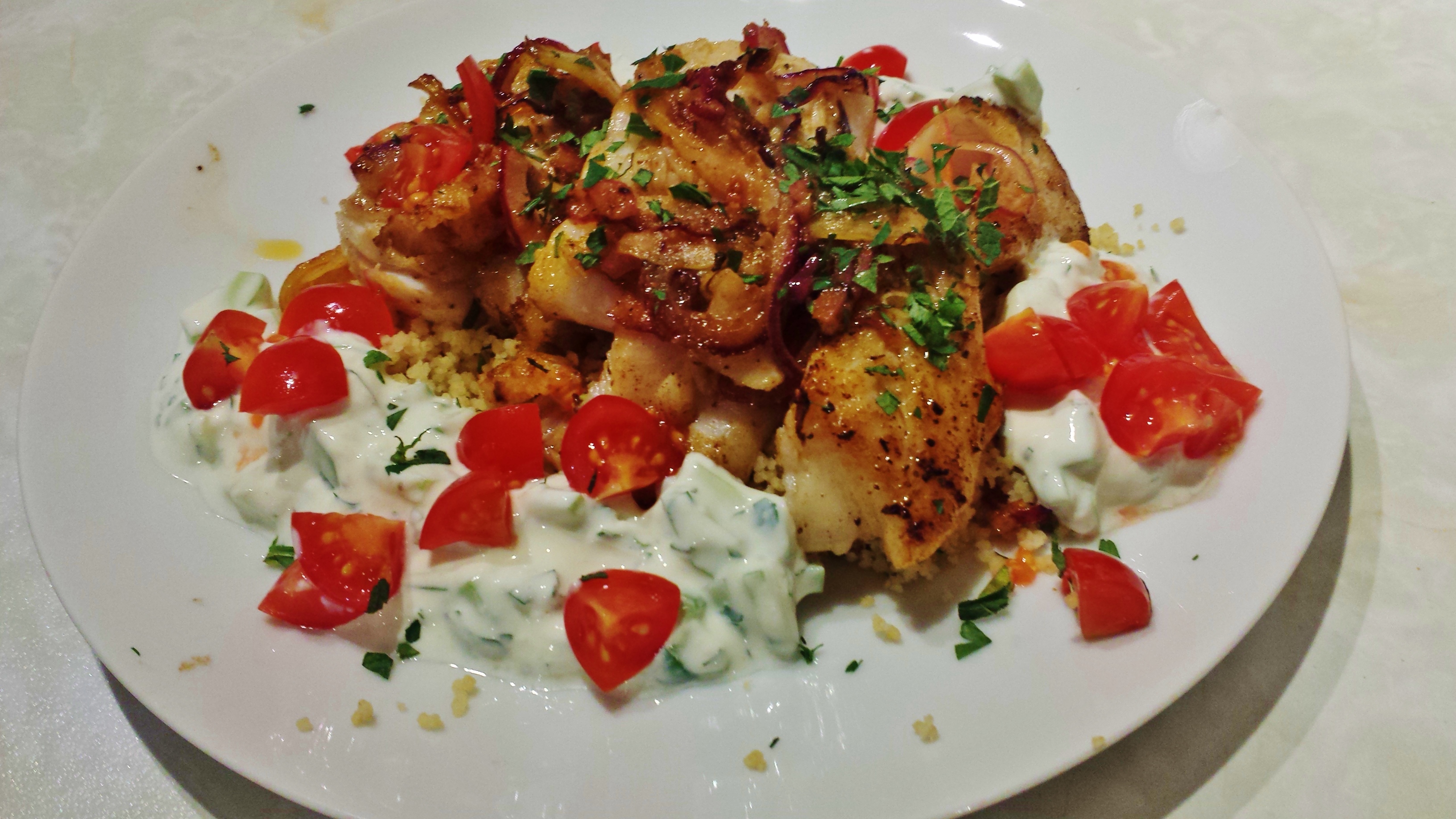 The Turkish Spiced Hake with Yogurt Sauce came about because I wanted to change up the cooking of fish and be a bit more adventurous with the flavors.  I came across a recipe by David Tanis that I had been meaning to try using halibut skewers on the grill, but it’s the middle of winter and I had a fillet of the less expensive hake in front of me.  So I made some alterations in the cooking method and changed a bit of the seasoning as well.  I wanted the fish to have a zing to it but not so much that you don’t taste the underlying flavor.  The cumin, coriander and smoked paprika gives it that middle eastern taste and a pinch of chilli flakes provides a bit of heat.  I also added a some harissa to the yogurt sauce to add a bit more punch.  The addition of the couscous really makes this Turkish Spiced Hake with Yogurt Sauce into a delish middle eastern dish.

For the cooking, rather than a grill, I suggest using a nonstick or seasoned cast iron skillet.  Get it really hot, sear the fish both sides and then turn down the heat to let it cook through.

Happy to share it with the Cooking with Adrienne Community.