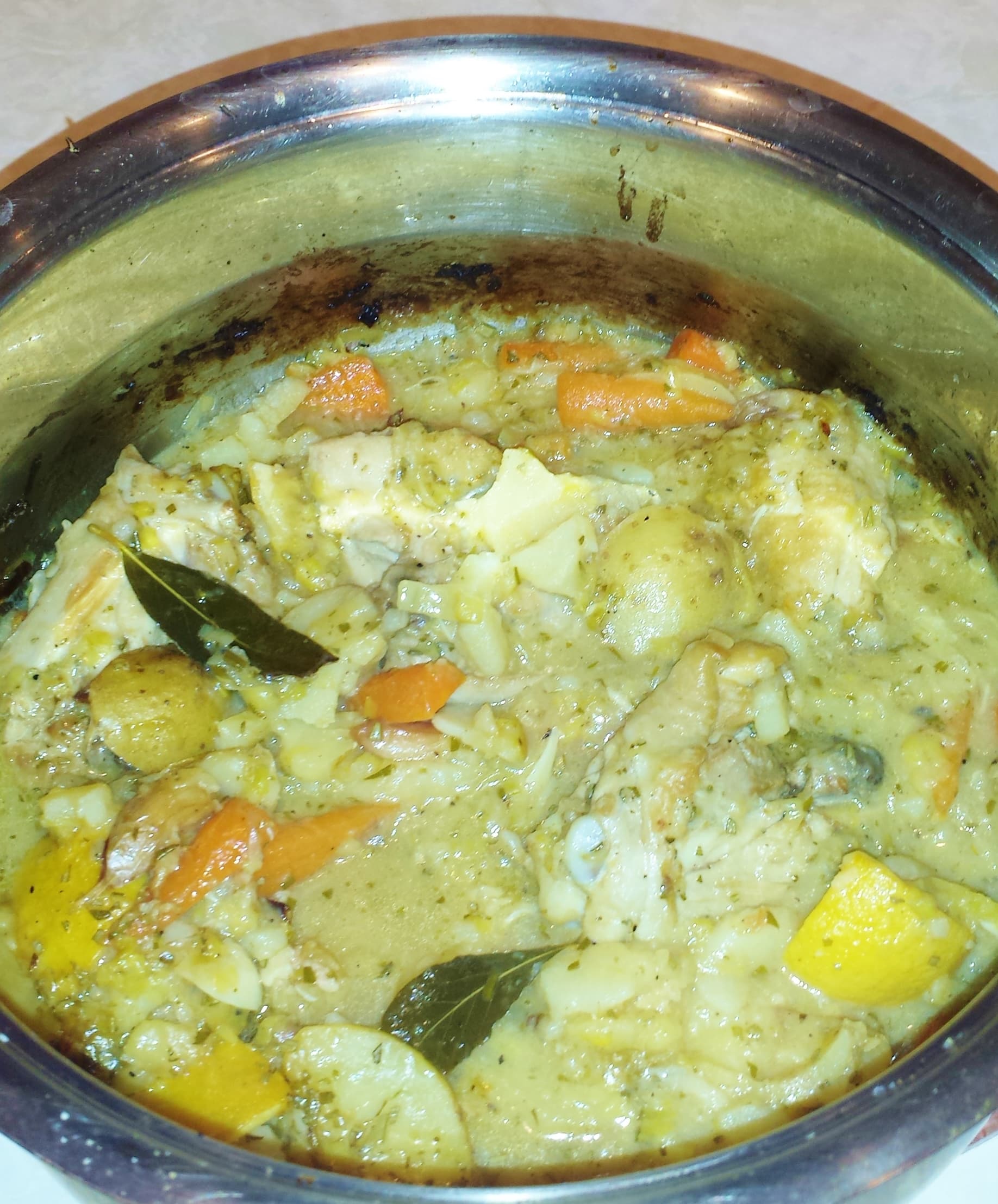 The original recipe for Lemon Rosemary Chicken and Potatoes  came from Ed Giobbi, author of Italian Family Cooking,  and appeared in House & Garden Magazine in the early Seventies. It called for using rosemary branches but during the braise the needles dispersed into the sauce and were tough and unappealing when eating the finished dish. I struggled with how to get around this and still keep it a fairly easy dish. Putting the rosemary branches in cheesecloth was fussy and the flavor didn’t infuse into the potatoes and sauce. In the end I got my resident chopper – my husband – to mince the rosemary. It worked perfectly. If you have to do it yourself, mince more than is required for the recipe and freeze it. It freezes really well and you can use it almost straight from the freezer.

I also added leeks and a lemon rind which I think work well with the chicken and rosemary flavors.  Don’t use a lemon with the juice in it because the juice will inhibit the cooking of the potatoes.  The rind is edible after being cooked and adds a bright note to the dish.  To make it a complete one pot meal I tossed in Chantenay baby carrots.  They keep the dish easy because they are already the perfect size  and don’t need peeling. The Kubaneh Bread would be delish with the Lemon Rosemary Chicken and Potatoes. 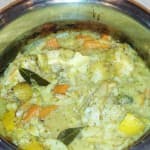